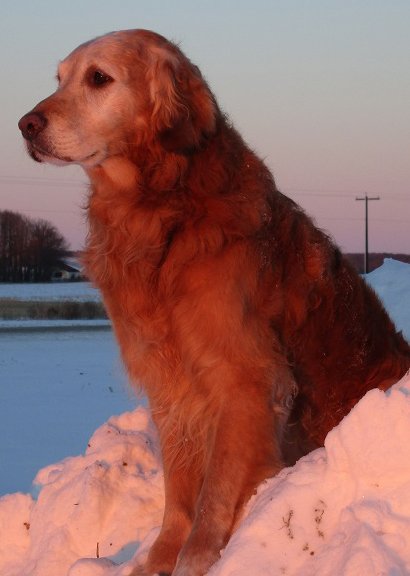 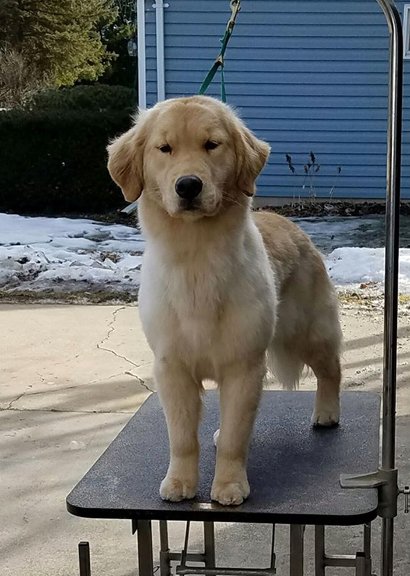 Recommendations that have changed from prior versions of this Code of Ethics are intended to apply in a forward-looking manner. For example, screening examinations that were in accordance with the Code of Ethics in effect at the time such screening examinations were performed will remain acceptable. In all such circumstances, every reasonable effort should be made to parallel as closely as possible the spirit of the most current Code.

This Code will appear in the NFGRC membership application and renewal. New members, by their application, agree to abide by and follow the guidelines outlined in the Code of Ethics. Current members, by their annual renewal, reaffirm their agreement to follow the guidelines of this Code. The Northern Flyway Golden Retriever Club endorses the following Code of Ethics for its members.

Responsibilities As A Dog Owner

Members must ensure that their dogs are kept safe and under control at all times. Members should properly train their dogs so that they are an asset to their community and not a nuisance. Dogs must be maintained with their safety and good health in mind at all times, including adequate and appropriate attention, socialization, grooming, feeding, veterinary care, housing, and exercise.

Responsibilities As A Member Of NFGRC

Members should keep in mind that they and their dogs represent the breed, NFGRC, and the sport of purebred dogs in general. They are expected to maintain good sportsmanship at all events and competitions, abiding by the applicable rules and regulations. Members’ conduct should always be in accordance with the objectives and intent of the NFGRC Bylaws (available at www.nfgrc.com).

Members are urged to accept the Golden Retriever Breed Standard as approved by the American Kennel Club (AKC), or the standard of the country in which they reside or exhibit, as the description of the ideal temperament and physical qualities by which the breed is to be judged. Members are also encouraged to take opportunities when available to educate the public about the breed and NFGRC.

Responsibilities As A Breeder
General Guidelines

I. Overview
GRCA members who breed Golden Retrievers are encouraged to maintain the purpose of the breed, and select breeding stock with the objectives of NFGRC in mind; that is:

Recognizing that the Golden Retriever breed was developed as a useful gun dog, to encourage improvement by careful and selective breeding of Golden Retrievers that possess the appearance, structure, soundness, temperament, natural ability, and personality that are characterized in the standard of the breed, and to do all possible to advance and promote these qualities. (Paraphrased from Article I, Section 2, of the GRCA Bylaws.)

II. Dealing with Others
GRCA members are expected to demonstrate fairness and honesty – including full disclosure – in dealing with other owners and breeders, purchasers of dogs, and the general public. Owners of dogs involved in a breeding or sale should ensure that appropriate documentation is readily available to those concerned regarding results of screening examinations as recommended below. If any such examinations have not been done, this should be stated; and any major past or present health or temperament concerns should be disclosed.

III. Responsibilities to the Dogs
Members who breed should sell puppies, permit stud service, and/or lease dogs only to individuals who give satisfactory evidence that they will give proper care and attention to the dogs concerned, and who may be expected to act within the intent of the statements of this Code of Ethics. Members should not sell dogs at auction, or to brokers or commercial dealers. Breeders should understand that they may need to take back, or assist in finding a new home for, any dog they produce at any time in its life, if requested to do so.

IV. Record keeping
NFGRC members are expected to follow AKC requirements for record keeping, identification of dogs, and registration procedures. They are encouraged to use clear, concise, written contracts to document the sale of dogs, use of stud dogs, and lease arrangements; including the use, when appropriate, of non-breeding agreements and/or Limited Registration.

Specific Guidelines
I. Dogs selected for breeding should:

II. The following reports are acceptable for dogs residing in the U.S.:

III. For dogs residing outside of the U.S.:

DNA tests are available for several diseases that affect Golden Retrievers (such as for prcd-PRA, GR-PRA1, and ichthyosis), and more will certainly be added over time. The GRCA Health & Genetics Committee anticipates releasing advisory statements as new DNA tests become available. However, in a general sense, the decision to test or not should include considerations such as: the seriousness of the disease, the reliability of the test, the prevalence of the disease in the breed, and the presence of affected or carrier dogs in the vertical pedigree. The ideal use of DNA tests is to prevent producing affected puppies, while at the same time maintaining genetic diversity and gradually decreasing the prevalence of the disease gene(s) in the breed.

Consideration should also be given to other conditions that may have a genetic component, including but not limited to: cancer, epilepsy, hypothyroidism, skin disorders, allergies, longevity, swallowing disorders, and orthopedic disorders such as osteochondritis dissecans (OCD). Recognizing that no dog is genetically perfect; that maintaining a rich and diverse gene pool is important for the long-term health of the breed; and that good breeding decisions must balance many factors, it is suggested that breeders give the highest health priority to selection against heritable disorders that significantly decrease quality of life and that have the greatest likelihood for improvement through careful breeding decisions. NFGRC members’ highest motivation is their love for their dogs, and difficult decisions should be resolved in a manner that places the best interests of the dogs and the breed at the forefront.