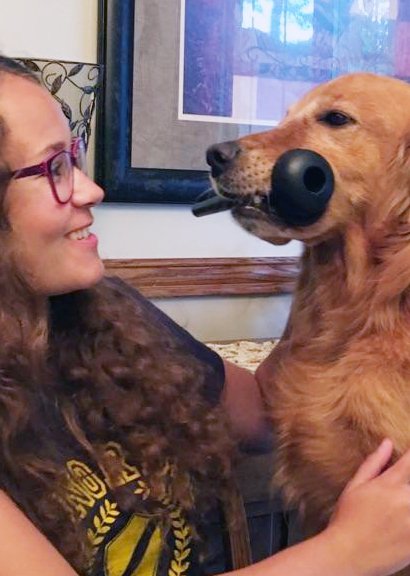 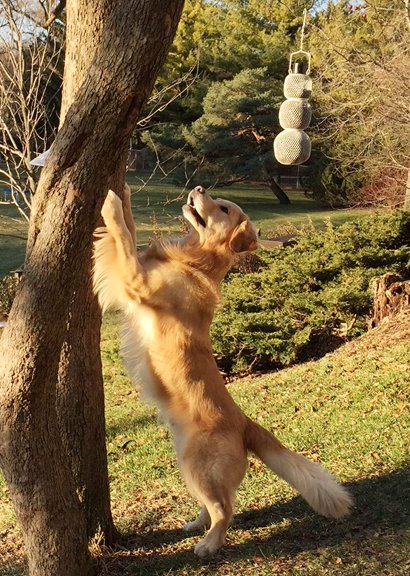 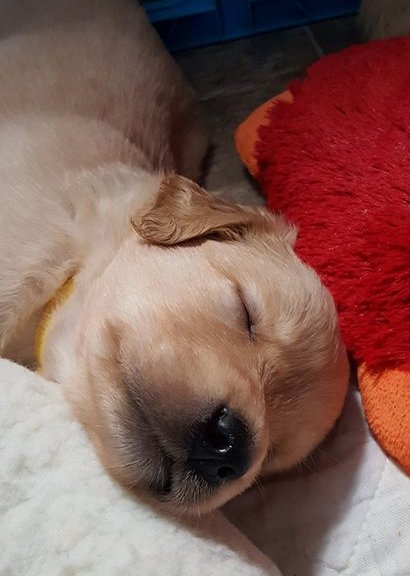 Article I Name and Objects

SECTION 1. The name of the Club shall be Northern Flyway Golden Retriever Club of Wisconsin, Inc.

SECTION 2. The objects of the Club shall be:

(a) To encourage and promote quality in the breeding of pure-bred Golden Retrievers and to do all possible to bring their natural qualities to perfection;

(b) To urge members and breeders to accept the standard of the breed as approved by The American Kennel Club as the only standard of excellence by which Golden Retrievers shall be judged;

(c) To do all in its power to protect and advance the interests of the breed by encouraging sportsmanlike competition at dog shows, agility, obedience and rally trials, field trials, hunting and tracking tests

(d) To conduct sanctioned and licensed specialty shows, obedience and rally trials, agility trials, field trials, hunting and tracking tests under the rules and regulations of The American Kennel Club;

(e) To support and further the interest of The Golden Retriever Club of America.

SECTION 3. The Club shall not be conducted or operated for profit and no part of any profits or remainder or residue from the dues or donations to the Club shall inure to the benefit of any member or individual.

SECTION 4. The members of the Club shall adopt and may from time to time revise such bylaws as may be required to carry out these objectives.

SECTION 1. ELIGIBILITY. There shall be two types of membership, Individual and Family, open to all persons eighteen years of age and older who are in good standing with The American Kennel Club and who subscribe to the purposes of this Club.

(a) Individual – Enjoys all privileges, including voting and holding office.

(b) Family – Two adults, i.e. husband and wife, or parent and minor child. Each adult eligible to vote with same privileges as individual member.

While membership is to be unrestricted as to residence, the Club’s primary purpose is to be representative of the breeders and exhibitors in its immediate area.

SECTION 2. DUES. Dues shall be payable on or before the thirty-first day of January of each year. During the month of September the Board of Directors shall fix the amount of the annual dues for the ensuing year and will present their proposal at the October membership meeting for the members’ approval. No member may vote whose dues are not paid for the current year. After the dues are decided upon for the following year, the Treasurer shall send to each member a statement of his dues for the coming year.

SECTION 3. ELECTION TO MEMBERSHIP. Each applicant for membership shall apply on a form as approved by the Board of Directors and which shall provide that the applicant agrees to abide by these Constitution and By-Laws and the rules of The American Kennel Club. The application shall state the name, address and occupation of the applicant and it shall carry the endorsement of two members in good standing. Accompanying the application, the prospective member shall submit dues payment for the current year.

All applications are to be filed with the Membership Chairman and each application is to be read at the first meeting of the Club following its receipt. At the next Club meeting the application will be voted upon and affirmative votes of three-fourths of the members present and voting at that meeting shall be required to elect the applicant.

Applicants for membership who have been rejected by the Club may not re-apply within six months after each rejection.

SECTION 4. TERMINATION OF MEMBERSHIP. Memberships may be terminated:

(a) By Resignation. Any member in good standing may resign from the Club upon written notice to the Membership Chairman, but no member may resign when in debt to the Club. Dues obligations are considered a debt to the Club and they become incurred on the first day of each fiscal year.

(b) By Lapsing. A membership will be considered lapsed and automatically terminated if such member’s dues remain unpaid ninety days after the first day of the fiscal year; however, the Board may grant an additional ninety days of grace to such delinquent members in meritorious cases. In no case may a person be entitled to vote at any Club meeting whose dues are unpaid as of the date of that meeting.

(c) By Expulsion. A membership may be terminated by expulsion as provided in Article VI of these By-Laws.

SECTION 1. CLUB MEETING. Meetings of the Club shall be held in the greater Appleton, Wisconsin area at least four times a year, at such place, date and hour as may be designated by the Board of Directors. Written notice of each such meeting shall be sent to members via first class or electronic mail by the Secretary at least ten days prior to the date of the meeting. The quorum for such meetings shall be twenty percent of the members in good standing.

SECTION 2. SPECIAL CLUB MEETING. Special Club meetings may be called by the President, or by a majority vote of the members of the Board who are present and voting at any regular or special meeting of the Board; and shall be called by the Secretary upon receipt of a petition signed by five members of the Club who are in good standing. Such special meetings shall be held in the greater Appleton, Wisconsin area at such place, date and hour as may be designated by the person or persons authorized herein to call such meetings. Written notice of each such meeting shall be sent to members via first class or electronic mail by the Secretary at least ten days prior to the date of the meeting, and not more than fifteen days prior to the date of the meeting. Said notice shall state the purpose of the meeting, and no other Club business may be transacted thereat. The quorum for such a meeting shall be twenty percent of the members in good standing.

SECTION 3. BOARD MEETINGS. Meetings of the Board of Directors shall be held in the greater Appleton, Wisconsin area a minimum of four times a year, preferably on a quarterly basis, so club issues can be handled on a regular schedule, at such date, place and hour as may be designated by the Board. Written notice of each such meeting shall be mailed by the Secretary to board members via first-class or electronic mail at least five days prior to the date of the meeting. The quorum for such a meeting shall be a majority of the Board.

SECTION 4. SPECIAL BOARD MEETINGS. Special meetings of the Board may be called by the President, and shall be called by the Secretary upon receipt of a written request signed by at least three members of the Board. Such special meetings shall be held in the greater Appleton, Wisconsin area at such place, date and hour as may be designated by the person authorized herein to call such meetings. Written notice of such a meeting shall be sent by the Secretary via first-class mail or electronic mail at least five days and not more than ten days prior to the date of the meeting.”Any such notice shall state the purpose of the meeting and no other business shall be transacted thereat. A quorum for such a meeting shall be a majority of the Board

SECTION 5. VOTING. Each member in good standing whose dues are paid for the current year shall be entitled to one vote at any meeting of the Club at which he is present. Proxy voting will not be permitted at any Club meeting or election.

SECTION 1. BOARD OF DIRECTORS. The Board shall be comprised of the President, Vice President, Secretary, Treasurer and eight other persons all of whom shall be members in good standing and all of whom shall be elected for two-year terms at the Club’s annual meeting as provided in Article IV and shall serve until their successors are elected. One director from each specific area of interest, determined by the club, and two club officers, shall be elected to the board on an every-other-year basis, so there is continuity from one year to the next. General management of the Club’s affairs shall be entrusted to the Board of Directors

SECTION 2. OFFICERS. The Club’s officers, consisting of the President, Vice-President, Secretary and Treasurer shall serve in their respective capacities both with regard to the Club and its meetings, and the Board and its meetings. No board member or officer shall serve more than two consecutive two-year terms, except for the Treasurer position, which is exempt from the two consecutive two-year term limit, unless the board votes to waive the requirement in the absence of another member willing to serve in that position.

(a) The President shall reside at all meetings of the Club and of the Board, and shall have the duties and powers normally appurtenant to the Office of President in addition to those particularly specified in these By-Laws.

(c) The Secretary shall keep a record of all meetings of the Club and of the Board and of all matters of which a record shall be ordered by the Club. He shall have charge of the correspondence, notify members of meetings, notify Officers and Directors of their election to office, and carry out such other duties as are prescribed in these By-Laws.

(d) The Treasurer shall collect and receive all money due or belonging to the Club. He shall deposit the same in a bank designated by the Board, in the name of the Club. His books shall at all times be open to inspection of the Board and he shall report to them at every meeting the condition of the Club’s finances and every item of receipt or payment not before reported; and at the annual meeting he shall render an account of all monies received and expended during the previous fiscal year. The Treasurer shall be bonded in such an amount as the Board of Directors shall determine.

SECTION 1. CLUB YEAR. The Club’s fiscal year shall begin on the first day of January and end on the thirty-first day of December.

SECTION 2. ANNUAL MEETING. The annual meeting shall be held in the month of December at which Officers and Directors for the ensuing year shall be elected by secret, written ballot from among those nominated in accordance with Section 4 of this Article. They shall take office immediately upon the conclusion of the election and each retiring officer shall turn over to his successor in office all properties and records relating to that office within fifteen days of the election.

SECTION 4. NOMINATIONS. No person may be a candidate in a Club election who has not been nominated. During the month of August, the Board shall select a Nominating Chairman. He shall form a Nominating Committee consisting of three members and two alternates, not more than one of whom may be a member of the Board. It shall be the duty of the Nominating Chairman to call a committee meeting, which shall be held on or before September first.

(a) The Committee shall nominate one candidate for each open officer’s position and each open position on the Board of Directors. After securing the consent of each person so nominated, the Committee shall immediately report their nominations to the Secretary in writing.

(b) Upon receipt of the Nominating Committee’s report, the Secretary shall before October first notify each member in writing of the candidates so nominated.

(c) Additional nominations may be made at the October membership meeting by any member in attendance provided that the person so nominated does not decline when his name is proposed, and provided further that if the proposed candidate is not in attendance at this meeting, his proposer shall present to the Secretary a written statement from the proposed candidate signifying his willingness to be a candidate. No person may be a candidate for more than on position.

(d) Nominations cannot be made at the annual meeting or in any other manner than as provided in this Section.